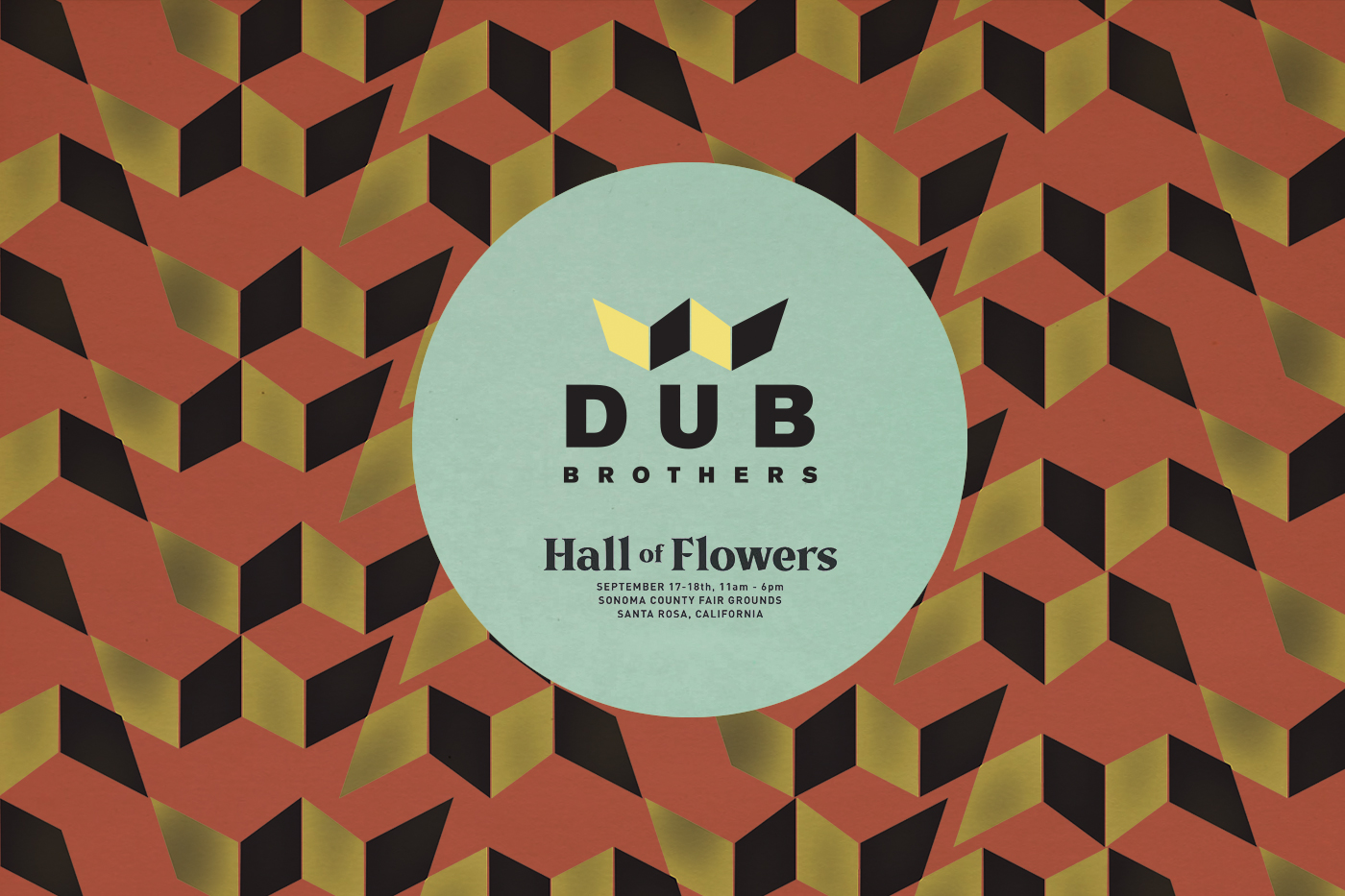 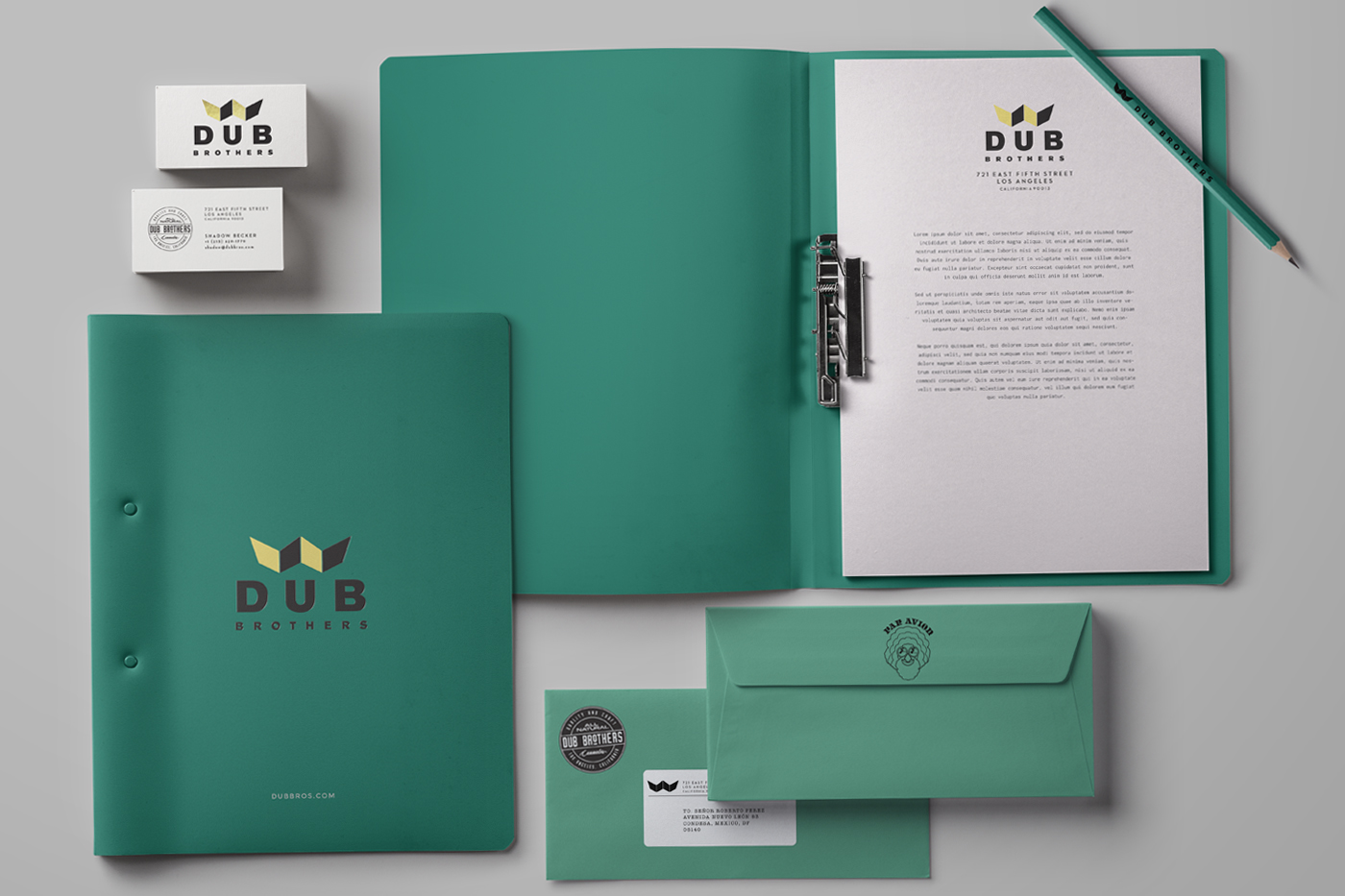 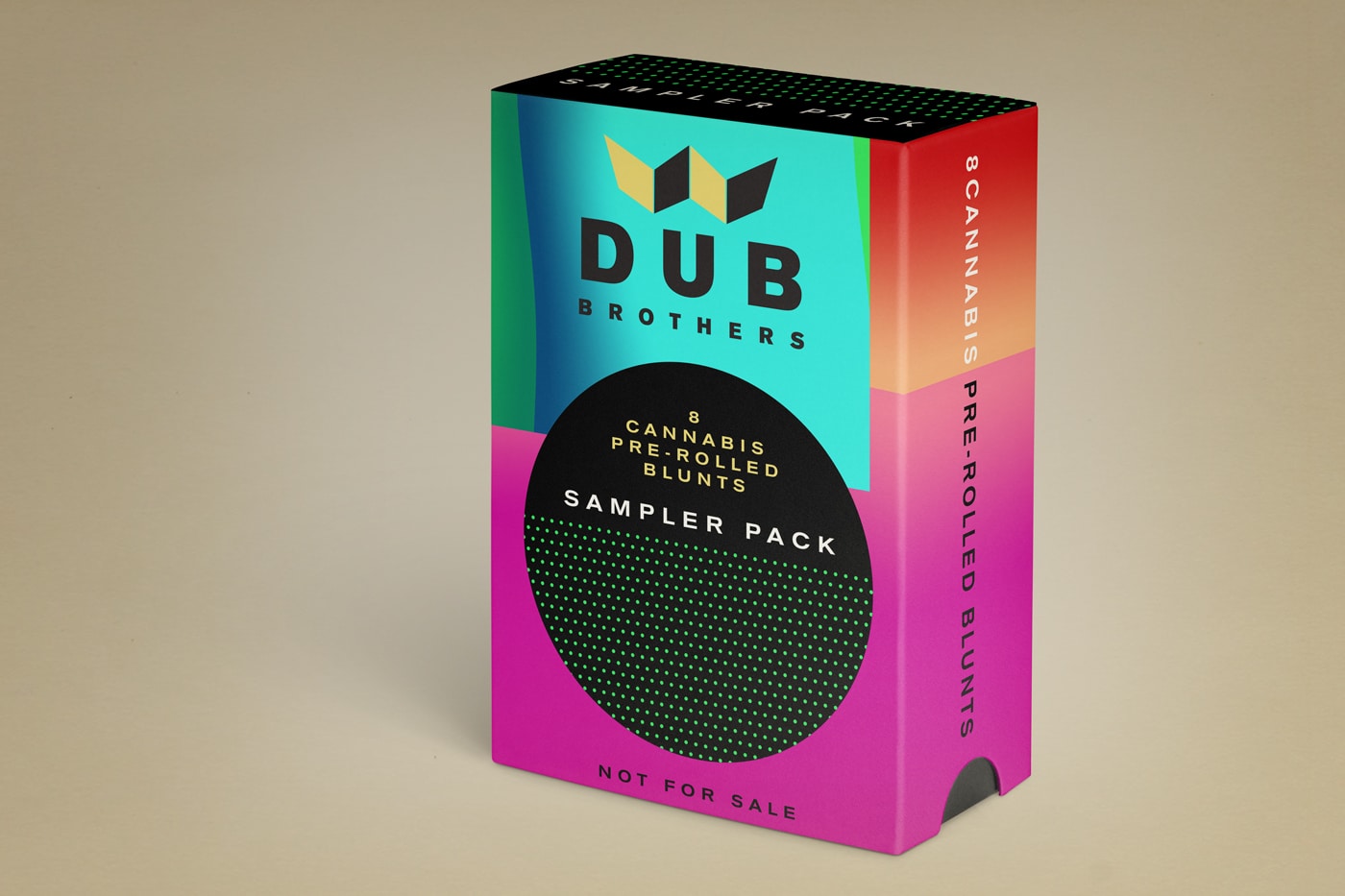 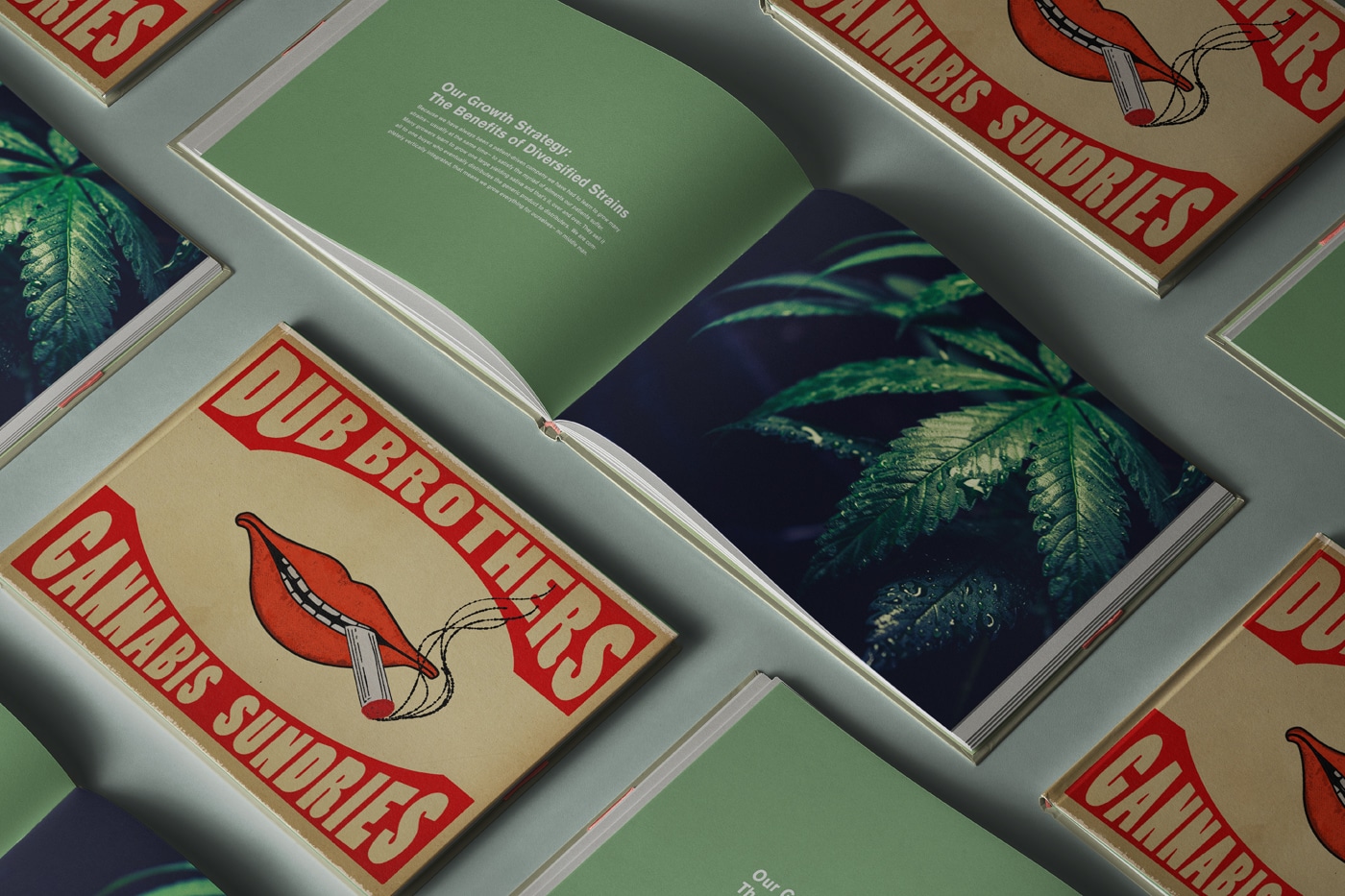 As 3rd generation Southern California, the Walker Brothers, Barry and Brent, are quintessential arbiters of a can-do work ethic combined with a laid-back attitude. With a keen knowledge of plant cultivation and experience in the wellness industry, they initially set out to provide an optimum strain of cannabis for California’s budding medical marijuana industry. With a warehouse near LA’s infamous Skid Row, they were also determined to have a positive impact on the local community.

We were given two requirements for the identity. They wanted to feature the letter, ‘W’, as the ‘Dub’ in Dub Brothers refers to the initial of their family name. And they wanted something that evoked a practical, ‘mercantile’ sensibility. Their mark needs to stand out in an ever-competitive market, as well as provide an agile application to everything from bulk packaging to trade-show promotional media and samples.